We are “happi” to announce that all our apps will undergo major updates this year. Every app will receive a bump to version 3.0. This includes visual face lifts, content expansion, bug fixes and last but not least Universal iOS versions (one version that will work on both iPhone and iPad).

All apps will also be released on other platforms and App Stores such Google Play, Amazon and Nook. Down the road, expect to find Happi Papi apps also for Windows Phone and Mac.

The two apps that will see the biggest change are Happi Reads and Happi Spells. Both these apps were developed before Apple made it possible to include all languages in the same app (at least in a good way). Since that is now possible, we will retire all old versions of Happi Reads and Happi Spells in favor of one new, universal version with all languages included in the app right from the start.

All old version will still work as before but there will be no more updates to them. We will of course still support the old versions if you have any questions or troubles.

The first updated app to be released is Happi Reads for iOS which will hit the App Store on Thursday June 13, 2013. Search your local App Store for Happi Papi and it should be right there in your own native language. Please note that except for Swedish owners of the old iPad version, Happi Reads will be a new buy.  An Android version of Happi Reads should follow shortly.

The plan is to have all apps updated by the end of the year. 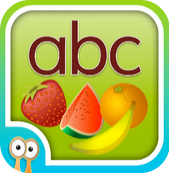 And we're live… After almost two years of development our new learning platform is now live on happipapi.com. For the convenient price of FREE, educators and parents (who definitely are …

If you own a new Apple TV (4th gen) you really need to try our new quiz-app, Quiz Tac Toe. You show off your trivia and strategy qualifications on a …

Next week, Happi Papi is traveling to Washington, D.C. to meet and help educate law makers and regulators on the booming app industry. As part of ACT ’ The App …

Our latest app QuizFlick Jr just launched with a front page feature on the App Store in the US and Canada. It was also banner featured in the Kids section …