What Kind of Game Can You Make in a Week?

No matter what you do, there is always an 80/20 rule ready to explain your situation. In the case of app development we read a while back that it takes about 20% of your time to finish 80% of your app. Should you want to finish the last 20% of your app, it would require the remaining 80% of your time. Also applicable to this story is that most of the time, your customers will not even notice the difference between your 80% finished game and your 100% finished game (at a much higher cost).

At Happi Papi we are perfectionists and have thus asked ourselves a few times if we tend to fall pray to spending 80% of our time putting finishing touches to our games that customers won't care about and maybe wouldn't even recognize. Since this is a hard question to answer, we decided to make the best game we could in 1 week – no more, no less. In order to make sure we would not deviate from this we chose a Halloween themed game and started it 3 weeks before Halloween (with an average review time at Apple of 11 days at present).

After today, it has been a week. Tomorrow we will send the game to Apple for review hoping that it won't be in queue longer than the current average (as it will then miss Halloween). 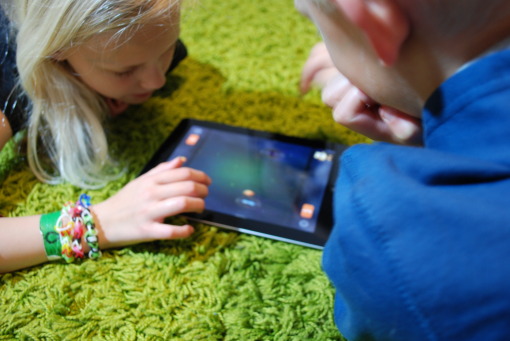 The game is obviously a simple one. It has a main menu with a launch button (and a cross sell button as it will be a free game). Launching the game will take you to a graveyard-like scene where your goal is to shoot your pumpkins into the gravitational holes before your opponent do the same with his spiders. First to reach 10 will win. Thus it is a multiplayer game played on one iPad (at Happi Papi we believe this will be a popular game format in 2015). 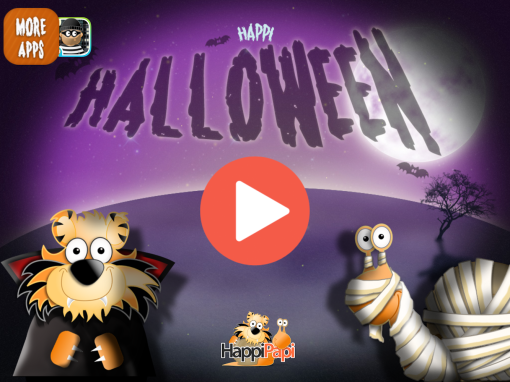 In addition to some nice looking graphics there are also spooky sound fx and background theme to set the right Halloween mood. Also, which might be hard to see in the pictures, there is a cute animation of the spider's legs as you shoot him toward his target. The faster you flick him, the faster his legs will move. 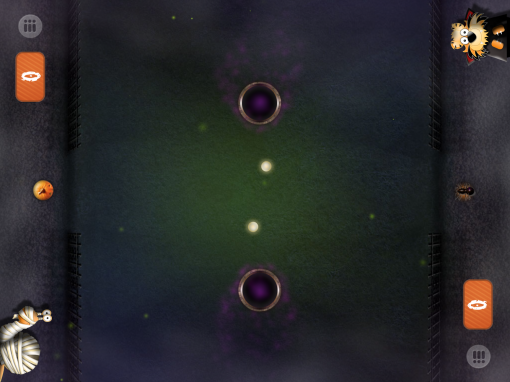 Lastly, a world about really cool things that we wanted to include but that did not make it due to the strict 1 week time constraint: Imagine shooting spiders and pumpkins across a deserted graveyard in the hopes of getting them to fall into the targeted gravitational holes. Once you think you have mastered the pulsating hole movements grave stones and zombie hands start popping up blocking your pumpkins and dragging your spiders down to the underworld. At least we thought that would have added a nice touch and made for a perfect increase of the game difficulty just when you thought you had mastered it. Well, maybe we will re-skin the app for Christmas and have little elves come up and steal the presents you are trying to shoot into Santa's sack…

Patrick Larsson Patrick is co-founder of Happi Papi.
How Teachers Teach with Tablets The Landscape is Changing…

If the App Store Feels Crowded – Developers Should Do This

Now, wouldn't it be great if the first sentence of this post held a definitive answer to the above statement? Yes and no. Yes, because it would mean there was …

Apps go from good to better to tailor made and free.

Now is a great time to teach with apps and tablets. Gone are the days when teachers had to settle for a generic $2.99 learning app by a developer knowing …

The Educational App Market Is No Longer a Toddler

A lot of the makers of apps for kids are also parents with young children. Thus it is not without irony that it came as a bit of a surprise …

Once again Happi Papi joined ACT – The App Association and other app developers for briefings and meetings on Capitol Hill. This year's event focused on Computer Science education for …